Curator David Kunian reached out and suggested that I play a visit to the New Orleans Jazz Museum. It’s located on high ground between the French Quarter and Frenchman Street in one the sturdiest of the city’s structures, the Old U.S. Mint.

There are currently exhibits on Professor Longhair 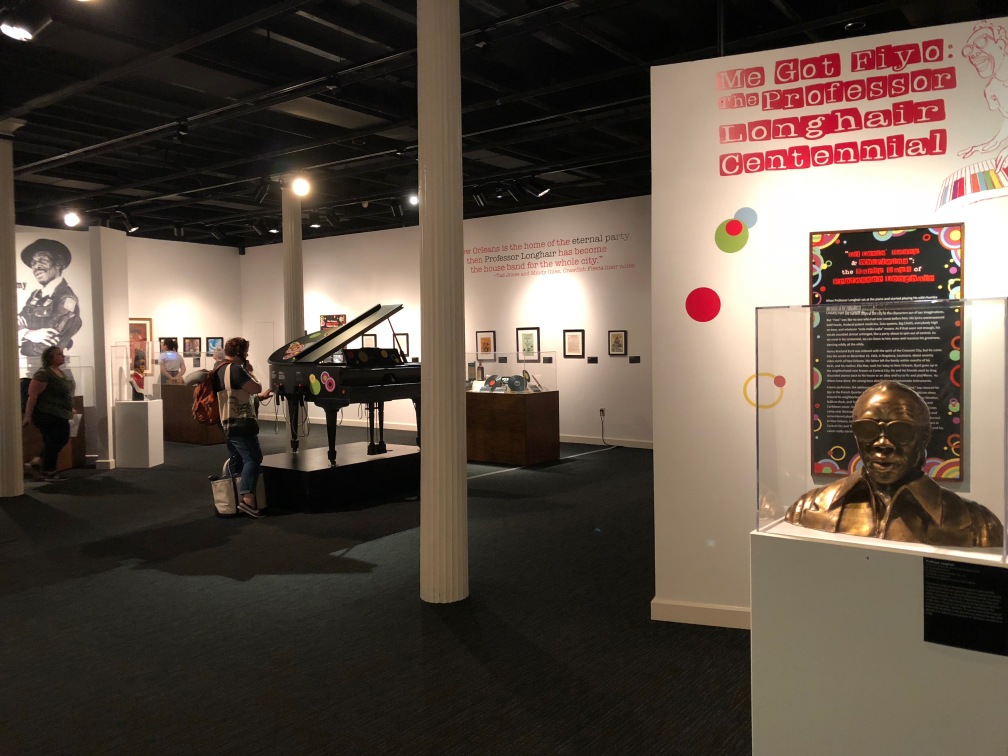 The museum was busy, it was hard to get a photo without many people. Listening to various Longhair tracks was really fun

Let’s get high on medicine

I learned about Fess from the documentary PIANO PLAYERS RARELY EVER PLAY TOGETHER, which is newly re-released with additional interview footage as FESS UP

not pictured (too much glare): a recent orchestral score by Courtney Bryan

one of my first cassettes was Pete Fountain playing trad classics. I loved it

Among the most remarkable pieces on display are actual instruments played by the founders. 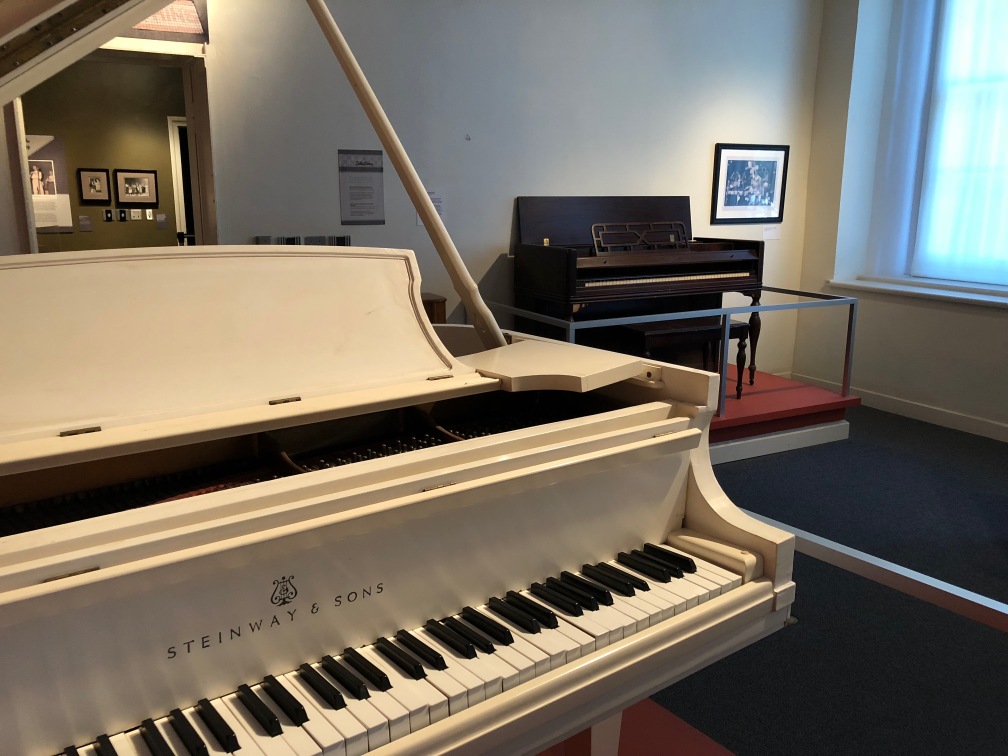 the pianos of Fats Domino and Dr. John

the first cornet of Louis Armstrong (!!!)

There’s a glamorous performing space that has a constant stream of performances, many of which are archived on YouTube.

Running DTM has its privileges. David took me backstage to the “tower,” three floors of archives. After Katrina, the museum had to reset, and to some extent things are in flux. David is currently working on the forthcoming “Drums in New Orleans” exhibit, but many more things come in and out of the main space. 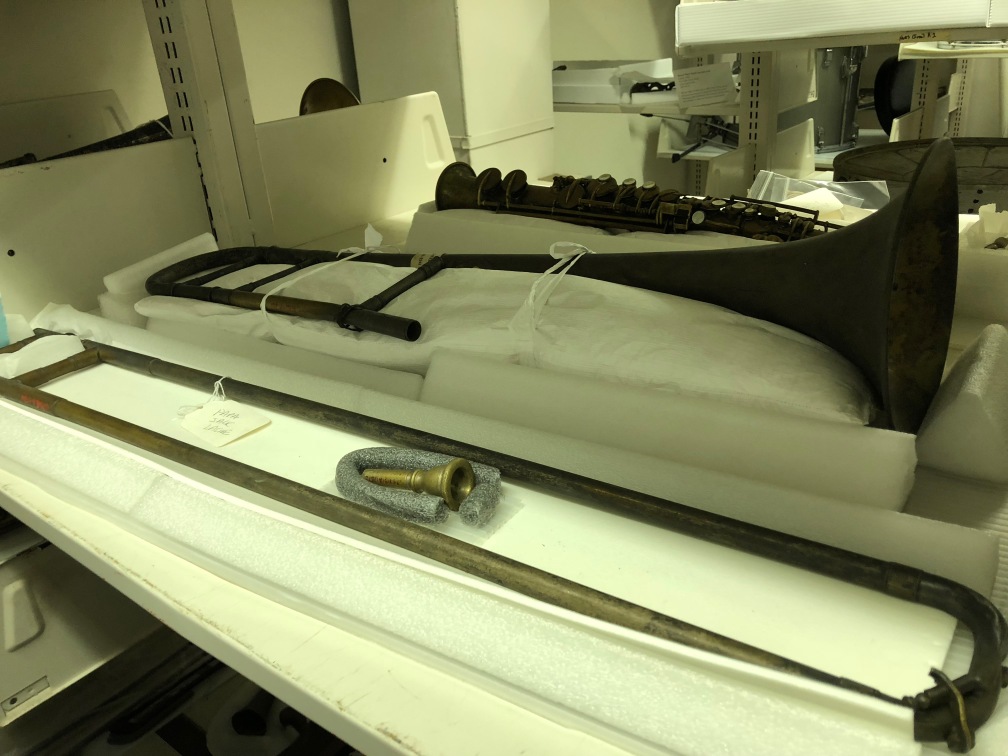 the trombone of Papa Jack Laine. Some of the earliest jazz circa 1910 was performed on this instrument

I’ve never been a whorehouse piano player, but if I were ever to take that gig, it certainly would be in the tradition. Storyville “Blue Books” are not that hard to find but I’d never actually seen one: A guide to legal prostitution with ads by famous names like Veuve Cliquot. The working girls are sorted by race. 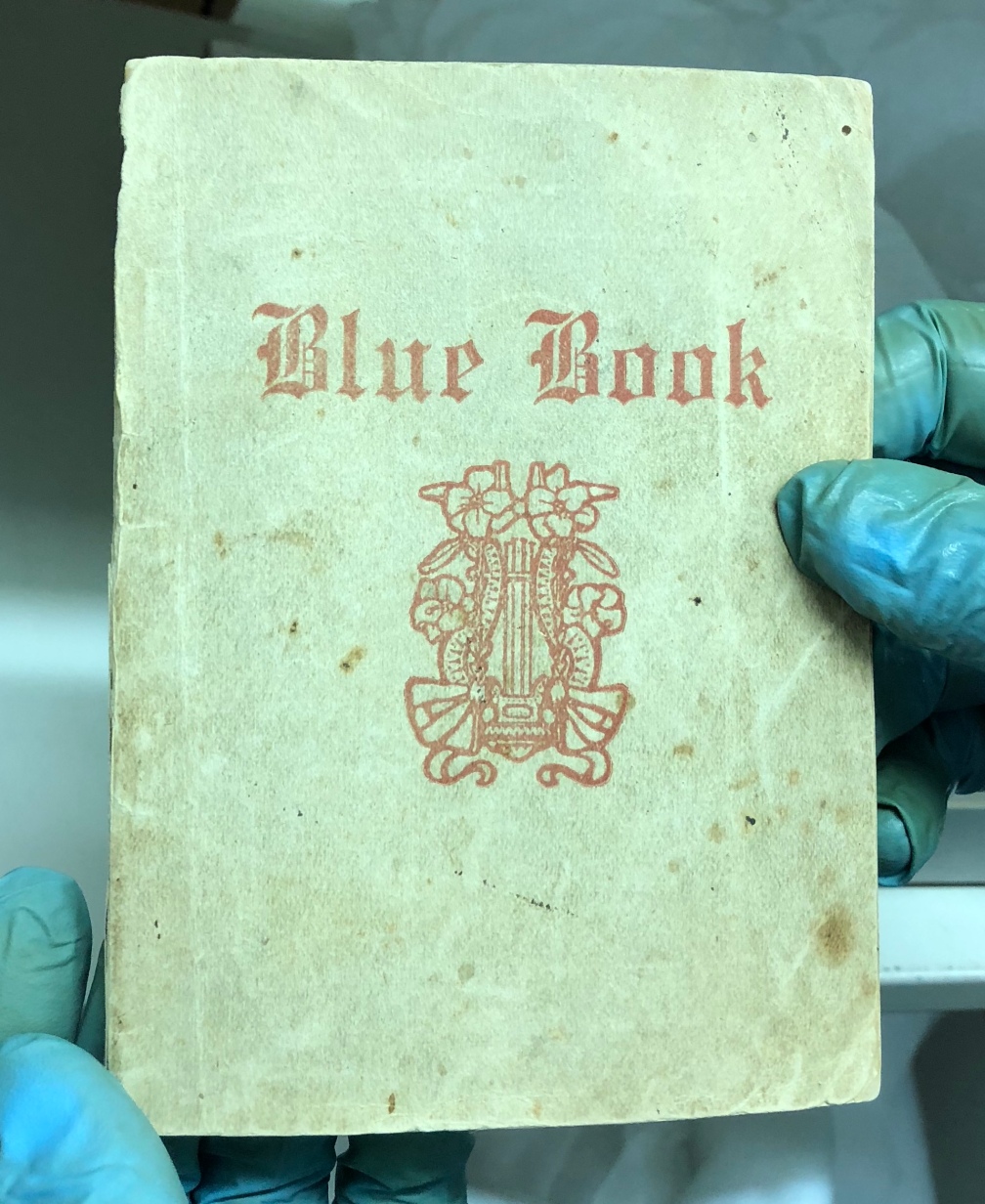 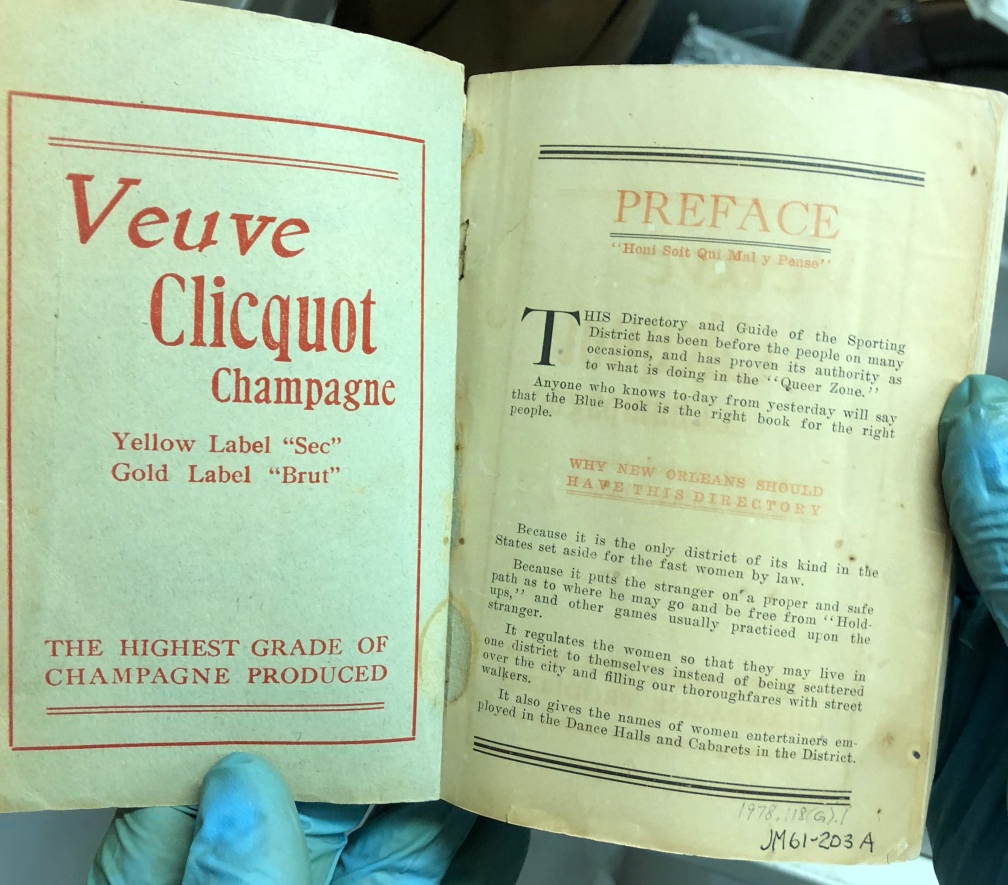 It was a fascinating trip! I wish David and the Museum the very best while continuing to expand and develop a site dedicated to the cradle of jazz.