Day five was also Dizzy Gillespie’s centennial. Dizzy, Monk, and Coltrane were all born relatively close to each other in the Carolinas. Cheraw (Dizzy’s birthplace) is about 160 miles from Rocky Mount (Monk’s birthplace) and 16 miles from Hamlet (Coltrane’s birthplace). James P. Johnson’s “Carolina Shout” comes to mind…

I would have liked to have done something for Dizzy for DTM but just didn’t have the bandwidth: I’ve been all Monk, all the the time. But there’s no doubt Dizzy deserves serious love and celebration.

Billy Hart has taught me a lot about the importance of Dizzy Gillespie. It’s through Billy that I’ve come to realize how crucial an architect John Birks really was. His trumpet playing was outstanding, his compositions were immortal, and his Afro-Cuban concept vital. He was also the most important teacher of the bebop giants. Todd Barkan shared a picture of Coltrane listening to Dizzy. Says it all, really. 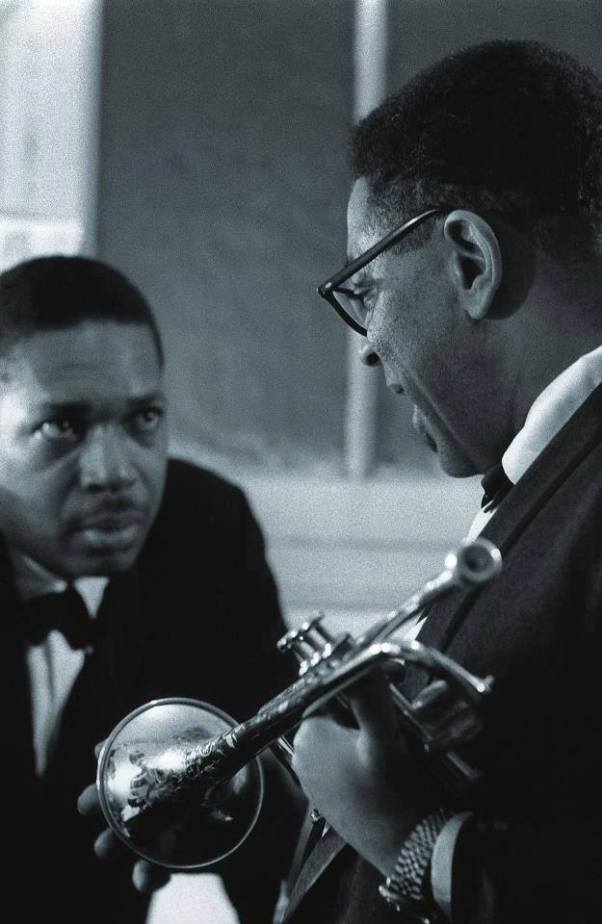 Back at Durham Fruit and Produce: Day one of five pianists playing sixty compositions of Thelonious Monk.

There are few things I left off the list: “Sixteen,” “Two Timer,” “Merrier Christmas,” and some of the solo piano blues pieces. I can debate those choices with the persnickety if need be, but I’m confident that the remaining sixty are the meat, worthy of the title, “The Complete Monk Songbook.”

Orrin Evans, Jeb Patton, Chris Pattishall, Ernest Turner, and myself were the tag team, rotating through solo and duos. The Bad Plus has had a lot to do with Duke Performances, Orrin and I are the future and past of TBP. Jeb went to Duke U and even got into jazz because of Paul Jeffery. Chris is originally from North Carolina and Ernest is currently a local star in these parts.

It’s kind of a conceptual art piece to play through the pieces in this fashion — I joked on the mic that it was a “happening” — but we kept the pace moving along and the mood upbeat. The first thirty tunes clocked in at just over two hours.

The evening performance was a duo of Gerald Clayton and Ben Wendel. Romantic, aphoristic, and seemingly telepathic. Aaron Greenwald suggested their connection was informed by a kind of Southern California vibe.

Eronel
Green Chimneys
Pannonica (in 5/4)
‘Round midnight
Trinkle Tinkle
Well You Needn’t (with “you’ve got to dig it to dig it, you dig” added over R&B chords)

Among the highlights were “Ruby, My Dear” and “Ask Me Now.” The former was mostly Gerald and the latter was mostly Ben. These solos showed off how masterful instrumentalists both Gerald and Ben are. Jaw-dropping, really.

At the jam session I played “Monk’s Mood” while the drums set up, then offered “Monk’s Dream” and “52 St Theme” with Butler Knowles and Kobie Watkins. With guests we played “We See” and “Let’s Cool One,” then the rhythm section turned over and there was a long “Rhythm-a-Ning.” I’m sorry I didn’t get any names — but the new bassist and drummer were good, so I got back up there and taught them “Trinkle Tinkle” on the spot.

Orrin made me sit down for this photo, I’m mad about that ’cause it makes me look pompous as hell. Oh well. From left to right: Jeb Patton, Orrin Evans, seated Iverson, Chris Pattishall, Ernest Turner. 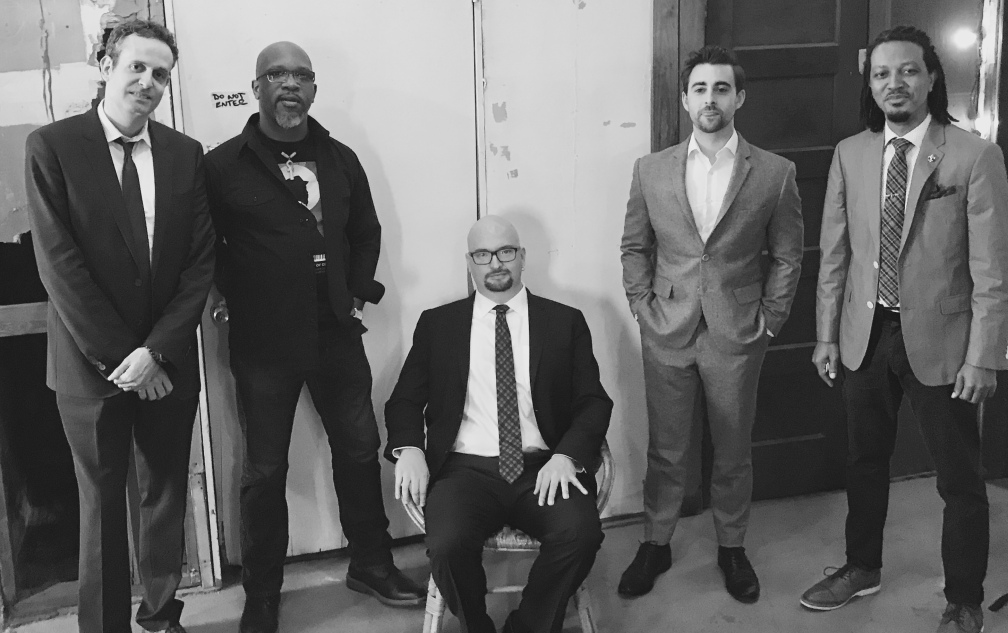 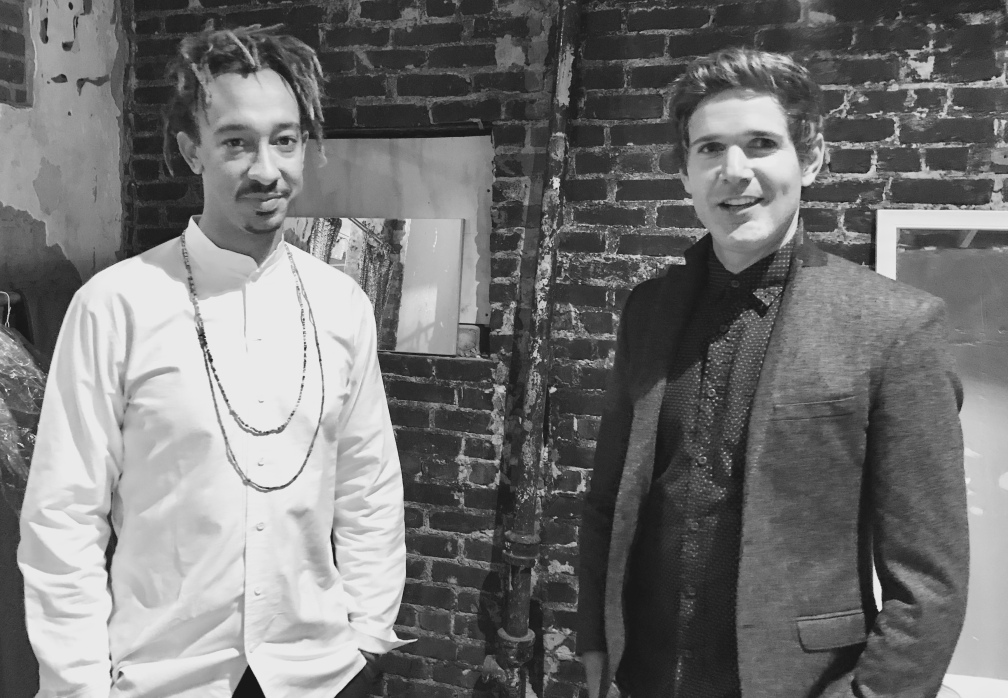 Photographer John Rogers and radio personality Josh Jackson. It really kinda feels like the Vanguard is down here in Durham!

Very special thanks to Marilee Annereau, flawless captain of the green room. 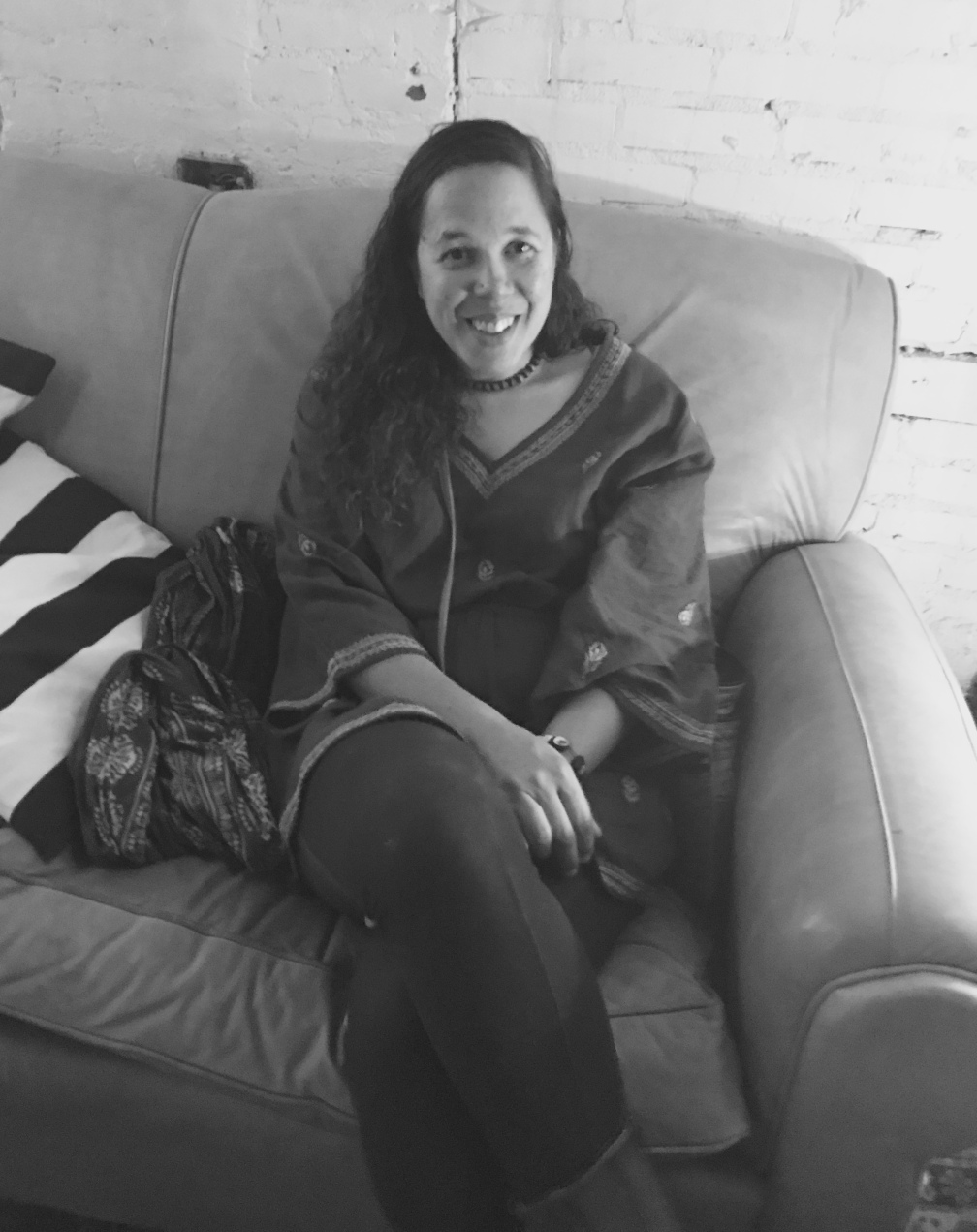