Last night I heard an intriguing program of Esa-Pekka Salonen with the New York Philharmonic.

Gemini is comprised of Castor and Pollux, and was a treat to the ear. Salonen has taken the octotonic scale of Messiaen and Scriabin and found his own modernist usage. There’s something rather Hollywood about Salonen’s palette as well. (That’s not a criticism, but a compliment.)

The goofy Hindemith and Schoenberg/Bach appetizers were fine, but the highlight of the concert was Mathis der Maler. Hindemith can be terribly boring, but my first live experience of this masterpiece lived up to the rep.

The first person who told me to listen more carefully to Mathis der Maler was Manfred Eicher, who praised the harmonies of the slow movement, Grablegung (Entombment). This piece came to mind when hearing of the death of Jan Erik Kongshaug, one of Eicher’s most crucial associates when crafting the ECM sound in the 1970s. Albums with guitars and cymbals are notably their own sonic world, perhaps because Kongshaug himself played guitar: Abercrombie/DeJohnette Gateway 2, Metheny/Higgins Rejoicing, Towner/Christensen Solstice.

At the ECM event at JALC last week I wore an ECM t-shirt (courtesy Ben Street). 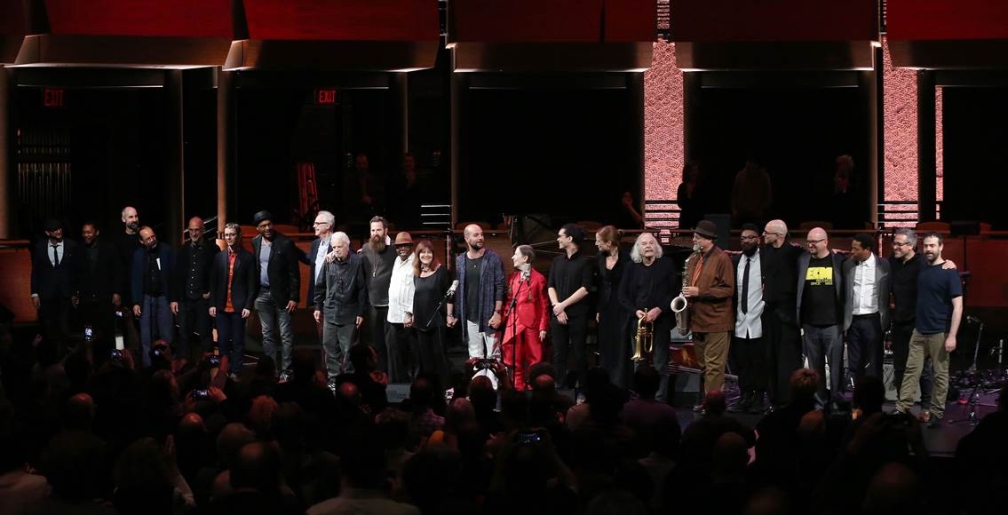 There were many photos taken that night, including a quick selfie with Marliyn Crispell. 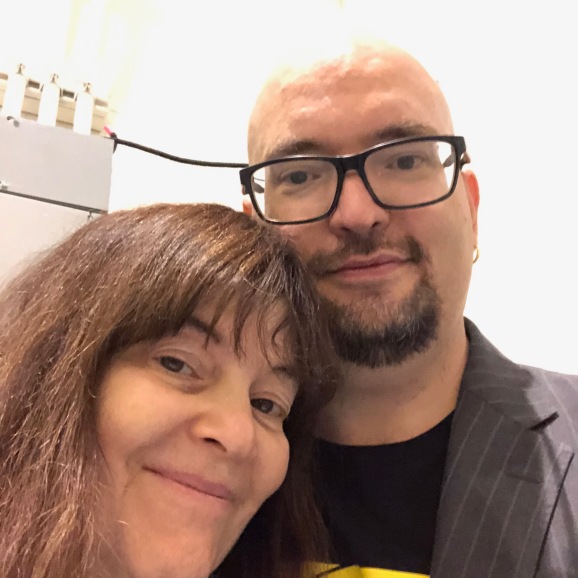 I first started listening to Crispell when she was in a legendary quartet with Anthony Braxton, Mark Dresser, and Gerry Hemingway. (Graham Lock’s book Forces in Motion documents some of this quartet’s activity on and off the bandstand.) Only recently did I finally get to Nothing Ever Was, Anyway: The Music of Annette Peacock with Gary Peacock and Paul Motian. It’s really great! I told Crispell how successful this record was and she said, “Oh yeah, that’s a good one.” She added, “There’s no other bassist like Gary Peacock.”

In retrospect I wish I had included something from Nothing Ever Was, Anyway on my list of 50 ECM tracks.

Another big recent loss was Gerry Teekens, the man behind Criss Cross, a label that was the antipode of ECM in just about every single way. Sam Newsome offered a nice tribute. The photo below is from 2015, when Gerry was 79. I had just asked him how many Criss Cross releases there were, and he unhesitatingly replied, “384.”

Aaron Diehl took me for a ride in N911PF on Sunday night.

On the way up to Westchester, Aaron let me hear a concert recording of Jonathan Biss playing the Blind Banister piano concerto by Timo Andres. I’ve liked Andres’s music all along but Blind Banister struck me as particularly beautiful. I’m eagerly awaiting a commercial recording to study it further. Salonen and Andres: it is heartening to hear such fresh and good concert music on the major stages of America.

Speaking of modernist piano concertos, I recently put two of my favorites back into the current playlist, Aribert Reimann’s Konzert für Klavier und 19 Spieler and Thomas Adès’s In Seven Days. I wrote them up before and have now gone back and tightened up the prose. Swinging stuff.