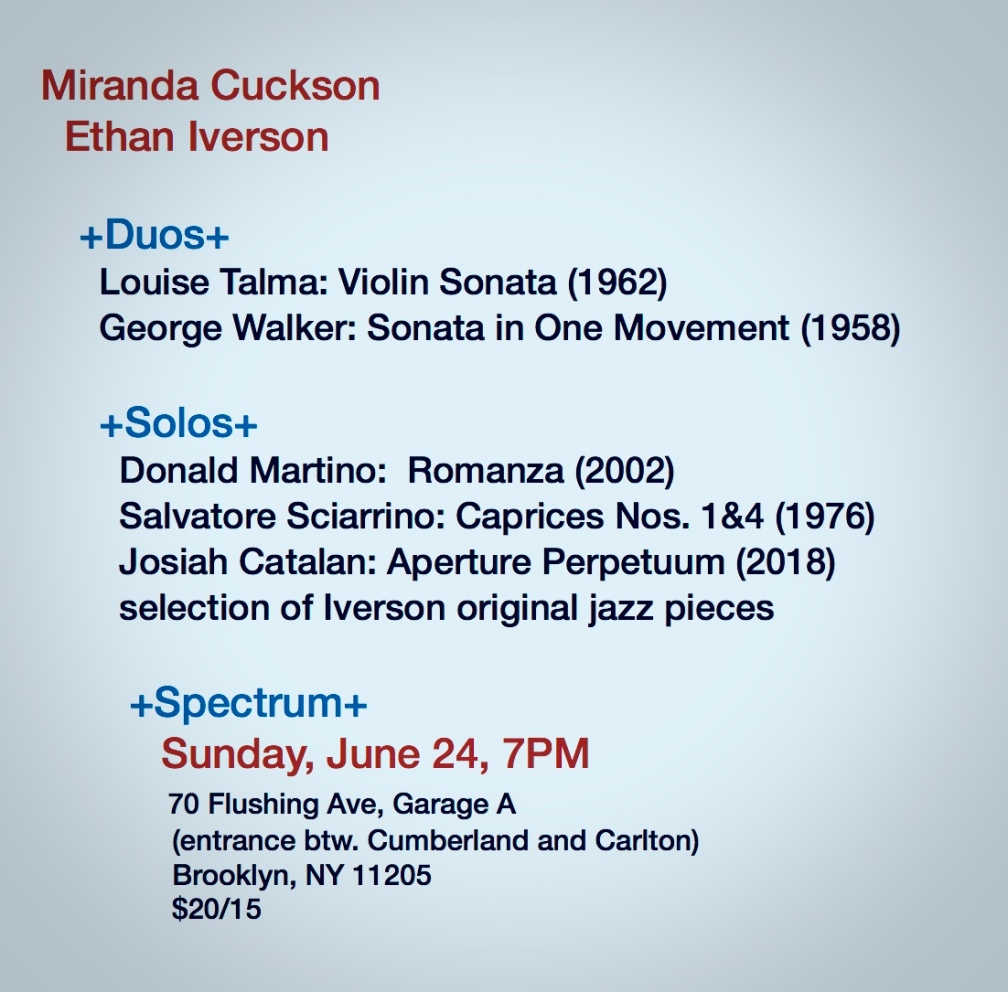 These violin sonatas by Louise Talma and George Walker are both in a “Midcentury American” style I love so much. Miranda Cuckson loves that era as well: Indeed, her extraordinary solo album of Ross Lee Finney was my introduction to another major voice from that era.

Both Talma and Walker studied with Nadia Boulanger, and in fact the Talma sonata was written as a tribute to Boulanger for her 75th birthday. As far as I know, neither sonata is played that often, and in both cases I have found only one recording. The Talma recording with Catherine Tait and Barry Snyder is good. Walker with his son has some editing problems. If anyone has a line on other recordings I’d be curious to hear them!

I met Talma briefly when I worked with the Gregg Smith Singers in the early 90s; she was also a mentor of my teacher Sophia Rosoff.  Walker is still around — he and Lorraine Gordon were born the same year — and I interviewed him for DTM a while back.

(Periodic reminder to DTM mavens that Walker’s book Reminiscences of an American Composer and Pianist is one of the best things I’ve ever read.)