The Exterminating Angel by Thomas Adès proves that there is still room to shock, perplex, and provoke in the Grand tradition. I had been speculating that Adès was getting more and more “accessible” and “tonal” over the years, but his latest work is as brutally abstract as anything from him that I’ve heard.

As every plot idea is a trope from fantastical fiction, The Exterminating Angel almost feels like a science-fiction opera. I loved the set. Hildegard Bechtler’s superb looming “Arc De Triomphe” put me in mind of the portal from the classic Star Trek episode, “The City on the Edge of Forever.”

Met Orchestra percussionist Jason Haaheim snuck us in to the pit at intermission.

The ondes Martenot played by Cynthia Millar is a key element in the score (and another science fiction reference):

I said, “More percussion!” (Is this the only Grand Opera with roto toms?)

My date, Rob Schwimmer, next to the big bells (also used in Tosca) 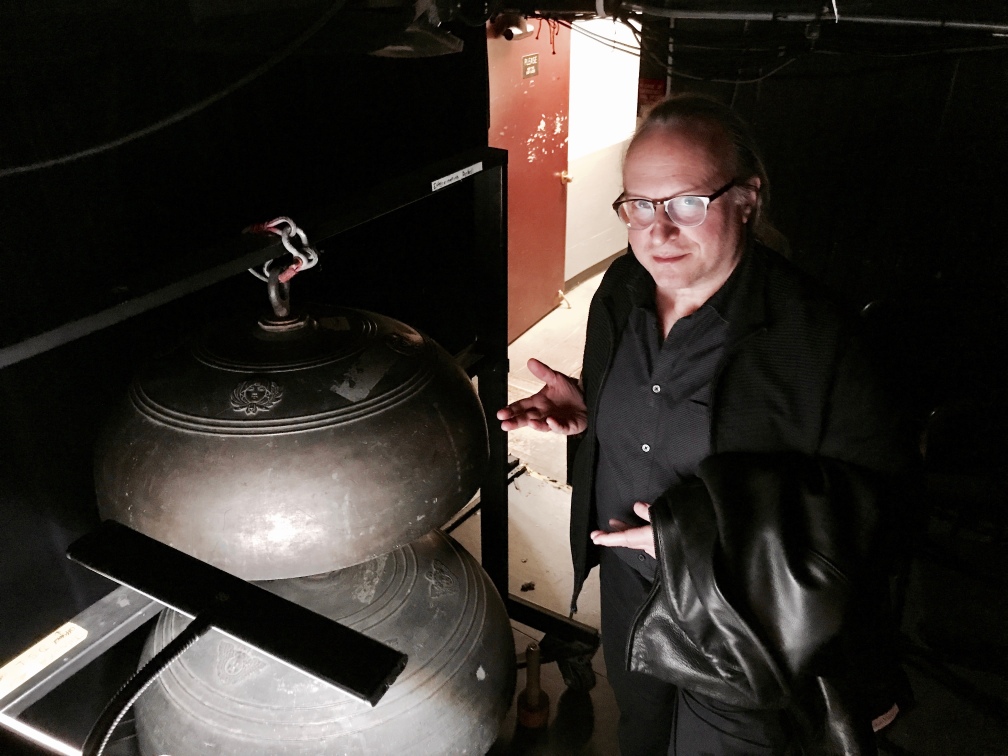 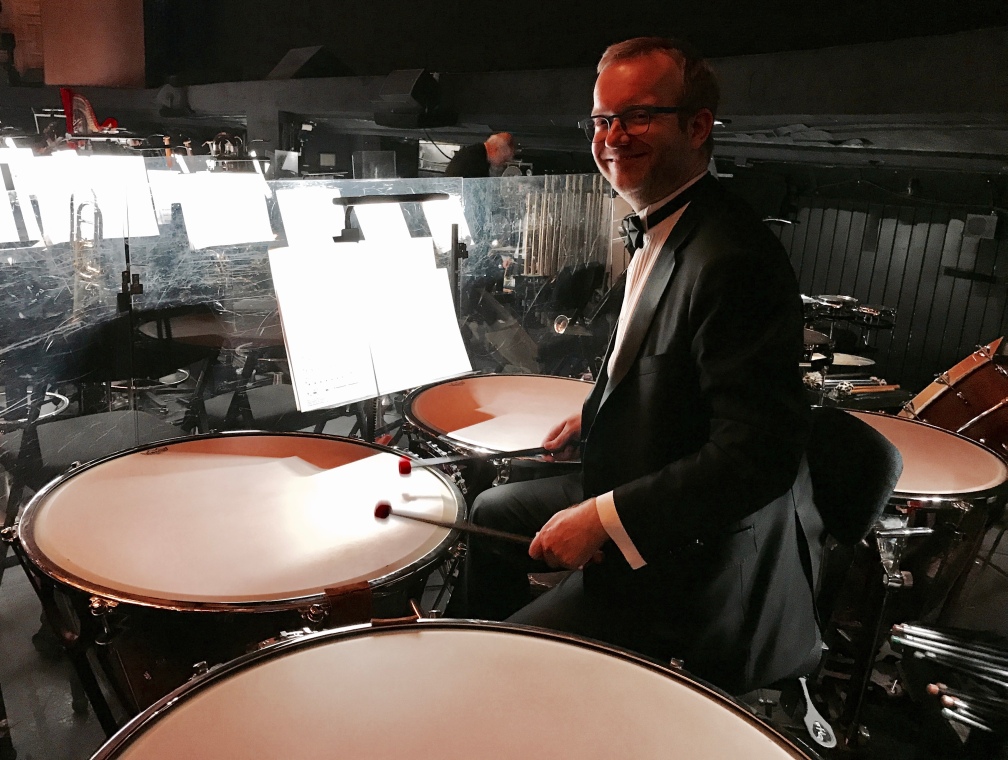 The following note might seem a rather unfriendly item to start a score with, but Adès is a genius, so these radical meters (a way to notate nested partial triplets without changing tempo) are apparently acceptable — especially since Adès can sing, play, and conduct it all himself.

A moment of Jason’s tympani score with those meters in action. (Hard to sight-read!)

Very special thanks to Jason Haaheim.