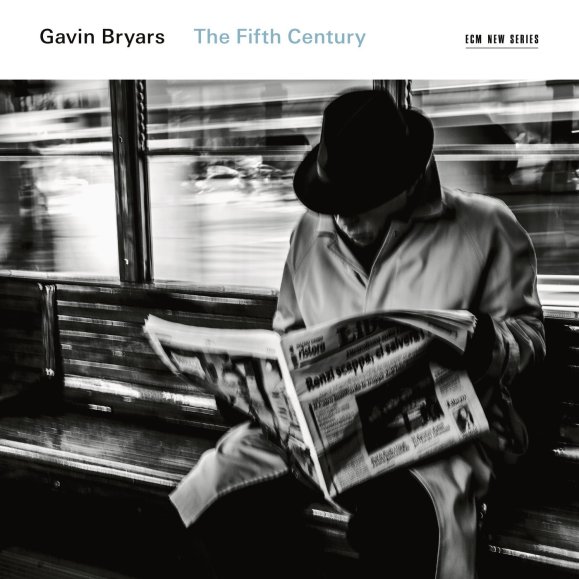 Manfred Eicher’s label began documenting jazz and improvised music in 1969 with Mal Waldron’s Free at Last. About a decade later ECM got involved with classical and fully-notated music as well, beginning with Music for 18 Musicians by Steve Reich. Just out is a lovely box that anthologies all of Reich’s ECM output including Music for a Large Ensemble, Octet, Violin Phase, and Tehillim. It’s essential music, with Paul Griffiths’s insightful new liner notes being another reason to acquire this specific collection.

During this era Reich still had real intimacy with the performers. The ensemble on Tehillim (which remains my personal favorite Reich composition) was a working band made up of great musicians with ties to jazz and world music including Jay Clayton and Glen Velez. The later Nonesuch recording is “classical music” compared to this more folkloric and jazzy effort. The other indisputable masterpiece in the box is Music for 18 Musicians, partly thanks to the sheer beauty of the recorded sound.

Of course ECM is renowned for quality sound reproduction, especially in genres compatible with ambient reverberation. The brand new recording The Fifth Century is perfect for the label, a meditative work for chorus and saxophone quartet.

I’m not that familiar with Gavin Bryars, nor have I heard his previous ECM releases. For some reason I thought he was in the “experimental music” or “post-minimalist” camp. To my surprise and delight The Fifth Century is rich with conventional harmony exploited by a master composer unafraid of high craft.

Bryars himself namechecks John Dowland and John Tavener; other references might include Ralph Vaughan Williams and Herbert Howells. (Howells is perhaps especially relevant to the a cappella women-only Two Love Songs encoring after The Fifth Century.) The librettist is 17th-century English mystic Thomas Traherne. In his excellent liner notes, Brian Morton (who I know best as the knowledgeable British jazz critic who co-wrote the indispensable Penguin Guide to Jazz with Richard Cook) begins with a scene from a famous spy novel, The Honorable Schoolboy by John le Carré.

All this is to say this is some real English material, except that the work is performed by American forces, the mixed choir of The Crossing conducted by Donald Nally along with the PRISM saxophone quartet. Each and every member of both groups is a master of pure tone untouched by vibrato.

The whole cycle of The Fifth Century is beautiful, but a standout track is “Eternity is a Mysterious Absence of Times and Ages,” which just suspends and sustains, the voices and horns melting and moving imperceptibly through the void. It’s hard to believe these foggy sounds are saxophones, they seem to emit from mother earth herself.

ECM’s biggest classical music successes have been with living composers who explicitly reject high modernism: first Reich, then Arvo Pärt. Bryars can also be seen in that continuum, and there’s at least a fighting chance (if it got used in a movie or something) that The Fifth Century could get a foothold in popular culture in the way that Music for 18 Musicians and Tabula Rasa did.

However Eicher has not repudiated those making a valuable contribution with comparatively inaccessible formal music. In the ECM New Series catalog there are thorny gems like Herbert Henck’s traversal of Jean Barraqué’s brutal Sonate pour Piano and a great disc of chamber music by Harrison Birtwistle (which I reviewed for The Talkhouse).

Also just out is Kim Kashkashian and Lera Auerbach’s Arcanum. Auerbach’s own composition is in the Russian tradition of Shostakovich and Schnittke, so she is a natural for arranging Shostakovich’s ironic and amusing 24 Preludes for viola with piano. Auerbach’s treatment is straightforward, intended to give violists something to pair with Shostakovich’s ultimate statement, the Viola Sonata. In this case it’s a good feature for Kashkashian’s dark sound and effortless facility.

More important is Auerbach’s major work Arcanum, a kind of sonata in four well-wrought movements. According to Auerbach, Arcanum’s topics are intuition and death. A certain amount of expected passionate gloom motivates the first two selections, “Advenio” and “Cinis.” Goblins appear in the scherzo “Postermo,” and I’ll be dammed if there isn’t a proper Beethoven-ish transfiguration of minor into major. Like Schnittke, key centers are undermined through theatrical dissonances: Kashkashian has to reach up top for a final unresolved note in “Postermo,” a special effect she has to do an octave higher to close the searching “Adempte.”

While essentially a modernist and abstract piece, Arcanum shows there is still plenty to work with when a composer of Auerbach’s subtlety harnesses the ancient forces of tonality. Auerbach’s a wonderful pianist as well (her stunning solo album Preludes and Dreams makes the case for her being a significant virtuoso) and Kashkashian sounds delighted to premiere a major contribution to the relatively restricted repertoire for her instrument.

Like The Fifth Century, Arcanum again points out how crucial ECM is to presenting the best of current formal composition.

Earlier this year the label offered Miranda Cuckson and Blair McMillen in a program of Bartók, Schnittke, and Lutoslawski. It is comparatively unusual for Eicher to record New York classical musicians in standard repertoire but there is certainly no reason why he shouldn’t: Cuckson and McMillen are both in the top echelon of the town’s freelancers, musicians who seemingly can play anything.

Cuckson has an interesting mind. She pens valuable liner notes and her commitment to modernity has rivaled Paul Zukofsky, the elder violin star/curator of New York new music. However, it is hard to imagine Zukofsky recording a solo effort with as much natural charisma as Cuckson’s extraordinary microtonal recital Melting the Darkness (with works by Xenakis, Haas, Bianchi,  Burns, Sigman, Perez-Velasquez, and Rowe).

For ECM Cuckson first appeared on Vijay Iyer’s Mutations, a work closer to a modernistic classical ethos than jazz, yet also an occasion that suggests Cuckson’s versatility across the full NYC spectrum.

The current recording is mostly concerned with reasonably obdurate pieces. Bartók’s Sonata no. 2 for Violin and Piano is a masterpiece: it’s also about as far as the composer got in terms of transfiguring folk influences into unrelenting modernism. To make the austerities acceptable a kind of rhapsodic freedom is required, and Cuckson and McMillen certainly deliver the goods.

Alfred Schnittke first announced his “polystylism” in his 1968 Violin Sonata No. 2, “Quasi una Sonata.” The straight G minor piano stings bounce against disjunct dissonances. I’ve heard this work a few times. While Schnittke himself liked it enough to re-orchestrate for chamber ensemble and Cuckson writes of the inspiration of first learning it during college, I myself don’t feel that it is fully cooked, at least compared to the many Schnittke masterpieces of the 70’s and 80’s. However there’s no doubt it needs the occasional airing, at the least to help show how this genius arrived at his future path.

The violin and piano Partita by Lutoslawski predated his orchestration as Partita for Violin and Orchestra for Anne-Sophie Mutter. The original instrumentation helps disclose Bartókian affinities in the rhythmic sections, and perhaps shockingly even a hint of American blues in the “Largo.” The work as a whole is an easy and fun listen. Those new to complex classical music wishing to explore this excellent disc might want to start with the Lutoslawski, who (in this instance) expresses abstract ideas in the most direct manner.

A shout out to the marvelous pianist Blair McMillen, who I keep missing chances to see live. I also keep waiting for solo CDs of all this wonderful new and old music Blair plays about town and all of the world. Alvin Singleton told me that a recent McMillen performance of Singleton’s “In My Own Skin” was “unbelievably powerful.”

I haven’t connected with you yet, Blair, but I expect you’ll see this blog post one way or the other, so I’m just letting you know, I have my eye out…