The following miscellany is dedicated to the recently deceased Ed Gorman, indefatigable writer, reader, and editor. Gorman’s short stories could be really great: “False Idols” uncovers some dark truths about those of us who love to collect the past, perhaps just like Gorman himself, who did so much to keep the names of a certain generation of pulp authors in print. (“Fallen Idols” is found in the utterly marvelous collection The Black Lizard Anthology of Crime Fiction, naturally edited by Gorman himself.)

Laura Lippman, Wilde Lake. Lippman has moved into a kind of Ruth Rendell or Donald Westlake-type situation, where books about a series character (in Lippman’s case P.I. Tess Monaghan) alternate with more experimental stand-alone novels. Her latest is a surprise, a piece of Americana somewhat in the tradition of “the narrator comes of age” tale beloved by Joe Lansdale and Stephen King. Wilde Lake is perhaps even some kind of response to To Kill a Mockingbird. Lippman’s prose is superb, and the compelling story is supported by rich Maryland detail. There’s no doubt that Lippman has become one of my few “must read” authors.

Ruth Rendell, Dark Corners. The final Rendell is good, but truthfully I found the ultimate Inspector Wexford, No Man’s Nightingale (2013) a stronger statement. In general, I prefer Rendell when she’s navigating a conventional mystery. Dark Corners succeeds at a kind of creeping psychological terror, of course — it’s by Ruth Rendell, after all — but the absence of any kind of whodunit undercuts the forward motion, possibly because the details of modern English life don’t ring quite true. (No such complaints about her non-whodunit masterwork A Judgement in Stone.)

Alex Marwood, The Darkest Secret. I picked this up thanks to a rave blurb by Lippman. Marwood’s milieu is horrible wealthy English families, and truthfully this work is essentially harrowing. Marwood looks at her characters with an unflinching gaze, but also has compassion for the innocent children begat from these tainted souls. Excellent, depressing, edgy, very much of our current moment.

Keigo Higashino, A Midsummer’s Equation. The tradition of proper mystery is in good hands with Higashino. Simple and unglamorous detection — knocking on doors, chasing the clues, never a gunfight or a chase — seems to suit a Japanese aesthetic, or at least it suits Higashino, whose relatively slender output contains some of the greatest straight murder mysteries ever written.

Domenic Stansberry, The White Devil. This is an unusual tour de force, a reworking of the Jacobean tragedy The White Devil by John Webster (1612) into a modern American noir with a heavy emphasis on corrupt Italian religion and politics. The classic nexus of sex and death is given an extra frisson with a hint of near-incest. A compelling read, I’ll be looking for more Stansberry.

Anne Holt, The Lion’s Mouth. Settled and productive societies are a good backdrop for crime stories. Holt’s Norwegian books satisfy, modern thrillers of taste and just enough action. The Lion’s Mouth is best when going behind the scenes in the Oslo political system.

Kazuaki Takano, Extinction (AKA Genocide of One). These days some of the most exciting work seems to be in the genre of the techno-thriller. When I picked up Extinction I did little else until finishing it. While the godfather of the techno-thriller, Michael Crichton, essentially had right-wing politics — and his heir Tom Clancy was even worse — more recently this genre has offered stunning political exegesis. Charlie Huston’s Skinner (DTM review) remains a favorite; Takano also joins the top-tier with this thoughtful tale of the next stage in human evolution.

All the above books are new, but I also finally experienced an important book from a couple years ago.

Wesley Stace, Charles Jessold Considered as a Murderer. Stace’s mainstream novel has some of the finest writing on music I’ve ever seen in fiction. (The research notes at the back of the book are extensive.) It’s worth reading for the music alone, but I’m not meaning to imply that the rest of it isn’t exceptional as well. Anthony Powell might be a slight influence on Stace’s breezy yet passionate portrayal of the atmosphere in England between the world wars. Jessold is work of great ambition, and also justly acclaimed. Alex Ross gets a cameo.

The next Lee Child, Night School, is due in November. I’m enough of a Jack Reacher fanboy to have immediately thought of how pleased Reacher would have been with this massive full flask of “Real American” coffee at the hotel breakfast in Rouen. 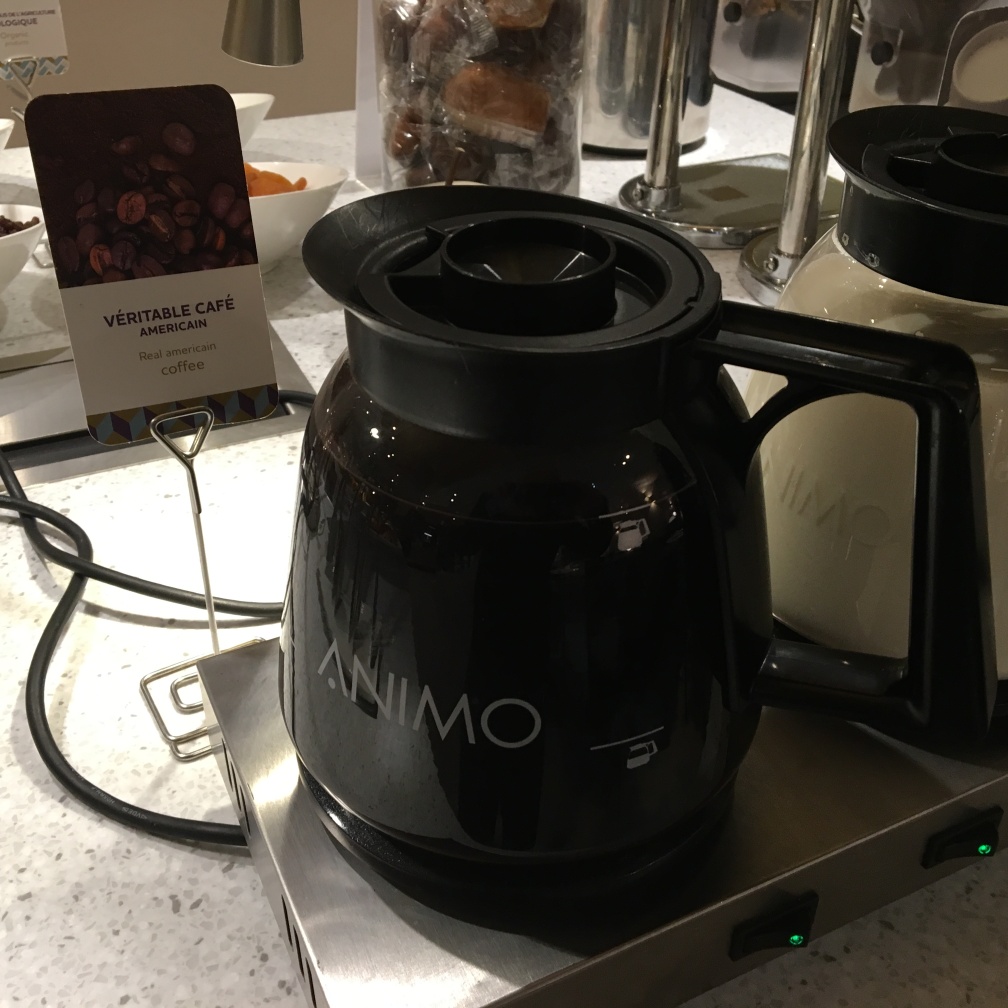 On the plane home I watched three movies, something I never do, but I guess it was time to catch up.

Fast & Furious 6. I didn’t know this was a documentary! Actually: Watching a movie that was only cliches was oddly soothing. Every single scene was something I’d already seen several times before, so the film took on a kind of humorous “meta” aspect. The biggest problem was the CGI for car chases and stunts. I want that squealing Detroit iron to feel like actual human experience. Where’s Bill Hickman when you need him?

The Nice Guys was great! I went in with no expectation and ended up laughing uncontrollably. Russell Crowe and Ryan Gosling kill it in comic roles. Of course the last half hour isn’t as good, standard operating procedure for comedies that think they need to go big or go home.