For about 8 years, TBP has had a recurring gig at Jazz at the Bistro for Jazz St. Louis.

That very first time at the club all those years ago, there was some killing bebop piano blues on the stereo and I asked the bartender who it was. A man next to me said, “Mulgrew Miller. I’ll bring you a copy tomorrow.”

It was Richard McDonnell, the owner of MAXJAZZ and a mainstay of the thriving St. Louis jazz scene. The record in question was Mulgrew live at the Kennedy Center playing “Relaxin’ at the Camarillo” with Derrick Hodge and Rodney Green.

Over the years Richard has hung out with us quite a bit. He’s a jazz fan from the old school: he played saxophone and heard everybody was anybody. In 1999 he started a label to showcase the kind of jazz he really loves.

Today his son Clayton, who works with Richard, took me out to the MAXJAZZ offices in Webster Grove. 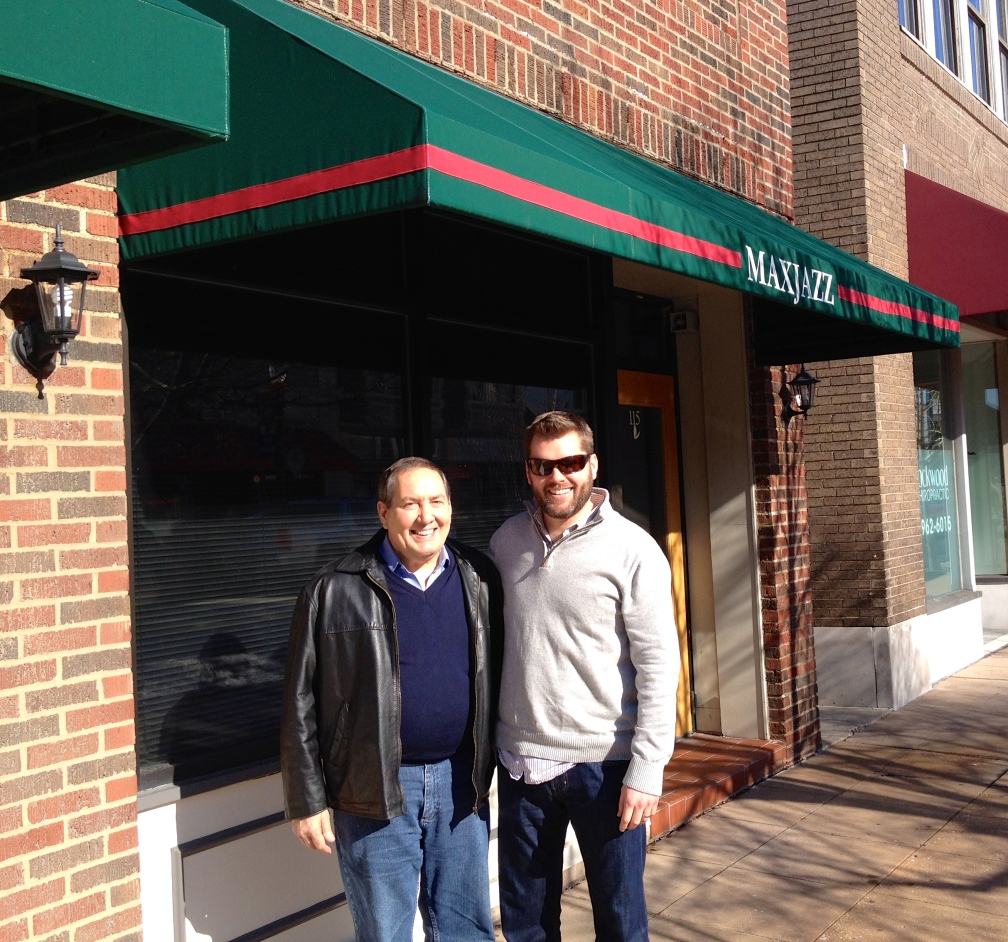 The offices are comfortable and stocked with instruments, photos, and jazz memorabilia. 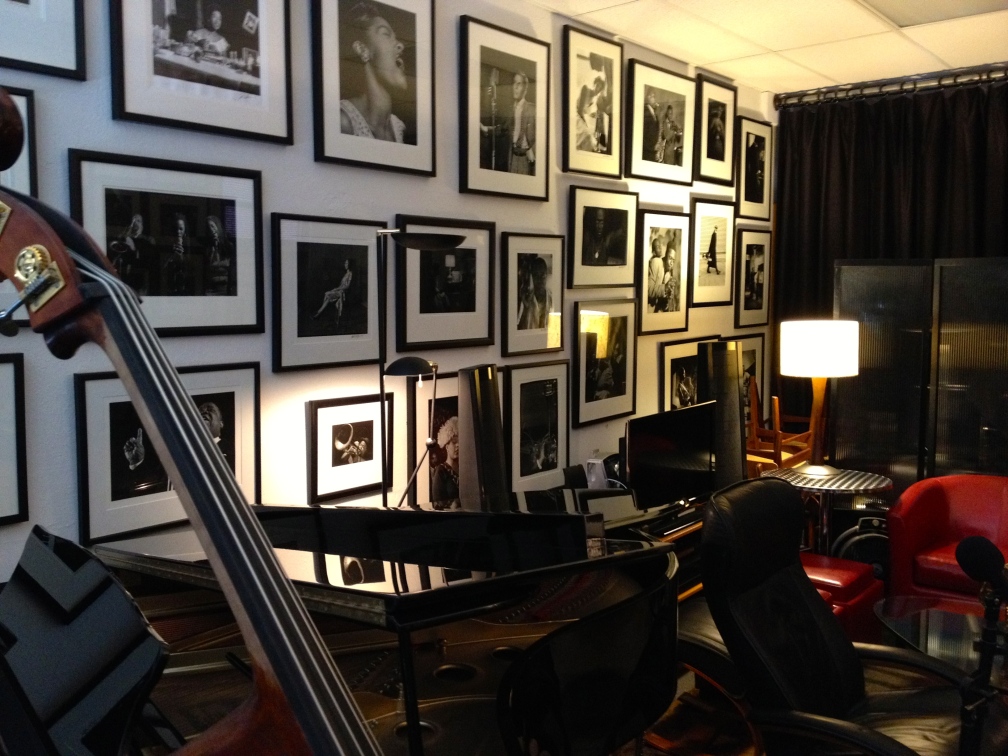 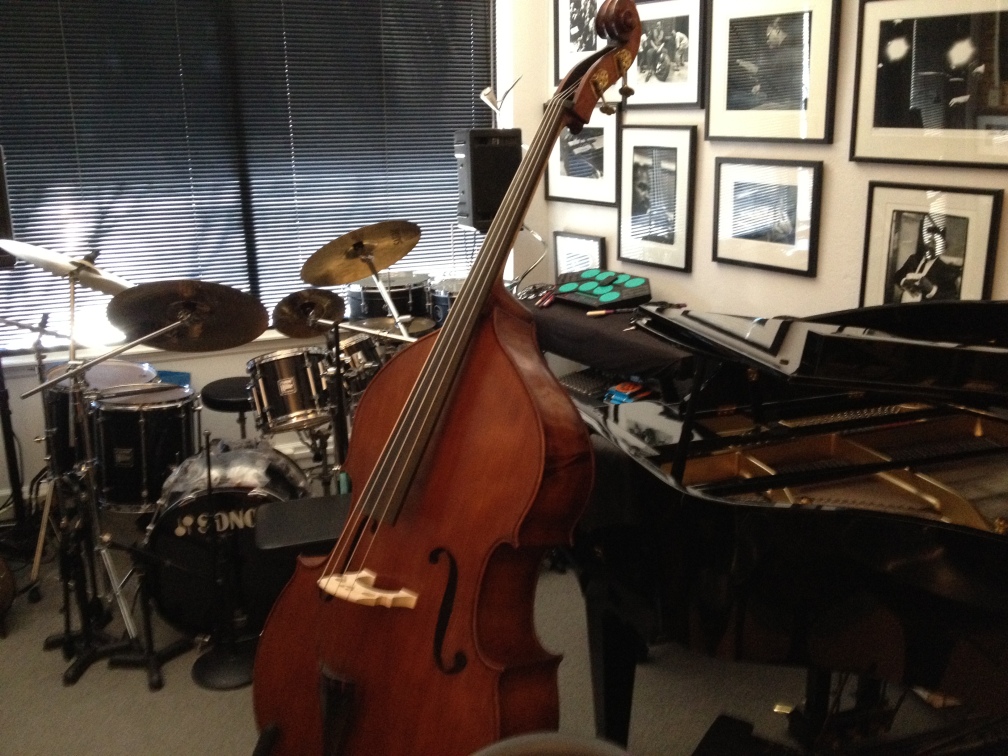 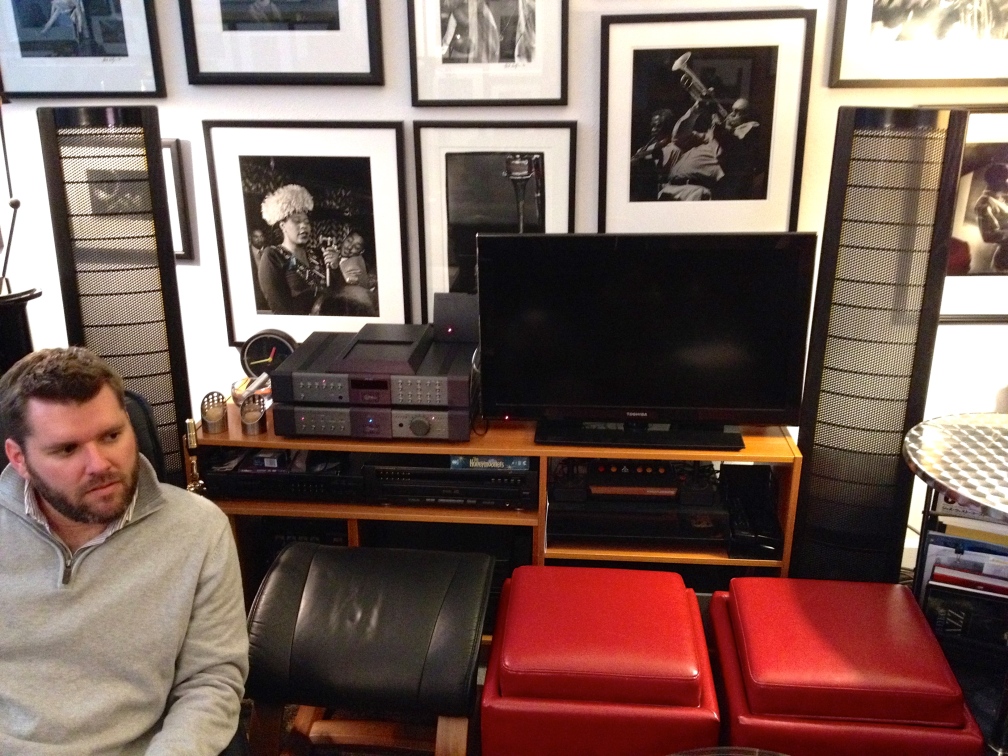 At a Kenton camp, Cannonball Adderley was Richard’s section leader. Richard shared an amusing story of telling Cannonball he had just gotten work done on a Frank Wells custom mouthpiece. Cannonball responded, “I play a Meyer 5.” (This is the most standard mouthpiece.)

Richard said, “He could have blown on a piece of plumbing and it would have sounded good.”

Then he brought out an LP purchased new in 1963. Still sounds and plays great, although the cover is a bit weatherbeaten. 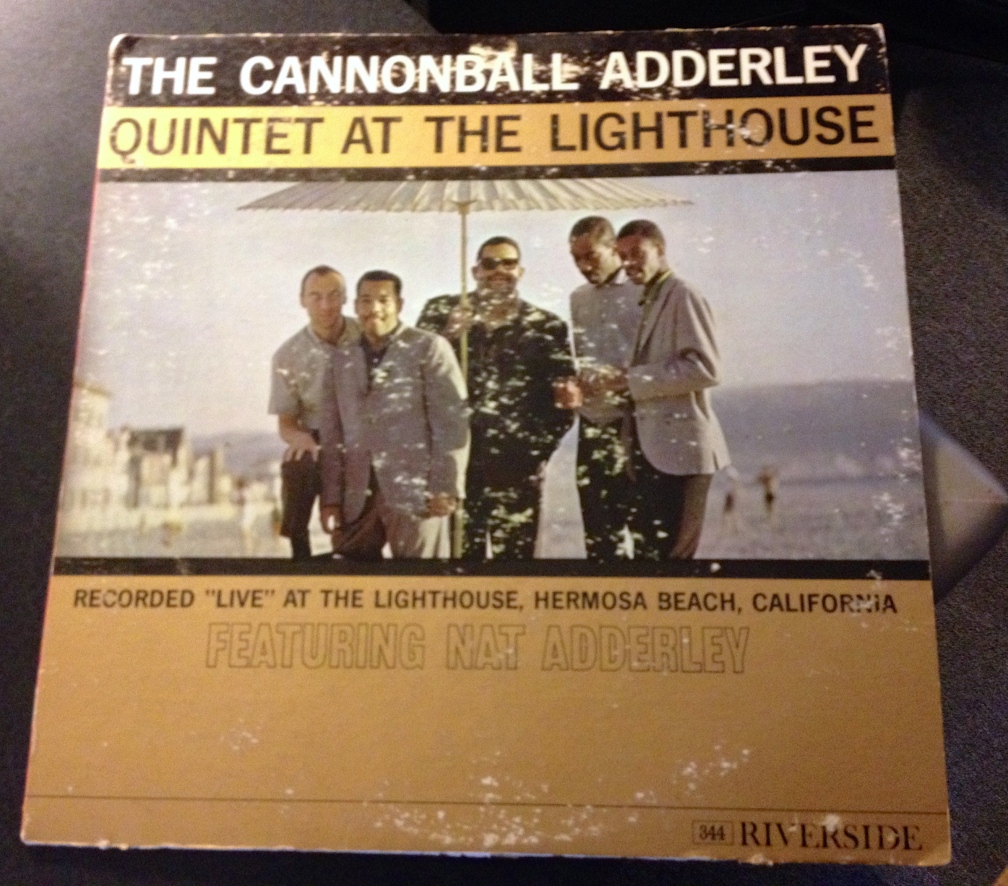 Richard looks for sound and melody in his artists. At this point there are about 80 MAXJAZZ CDs on the market. 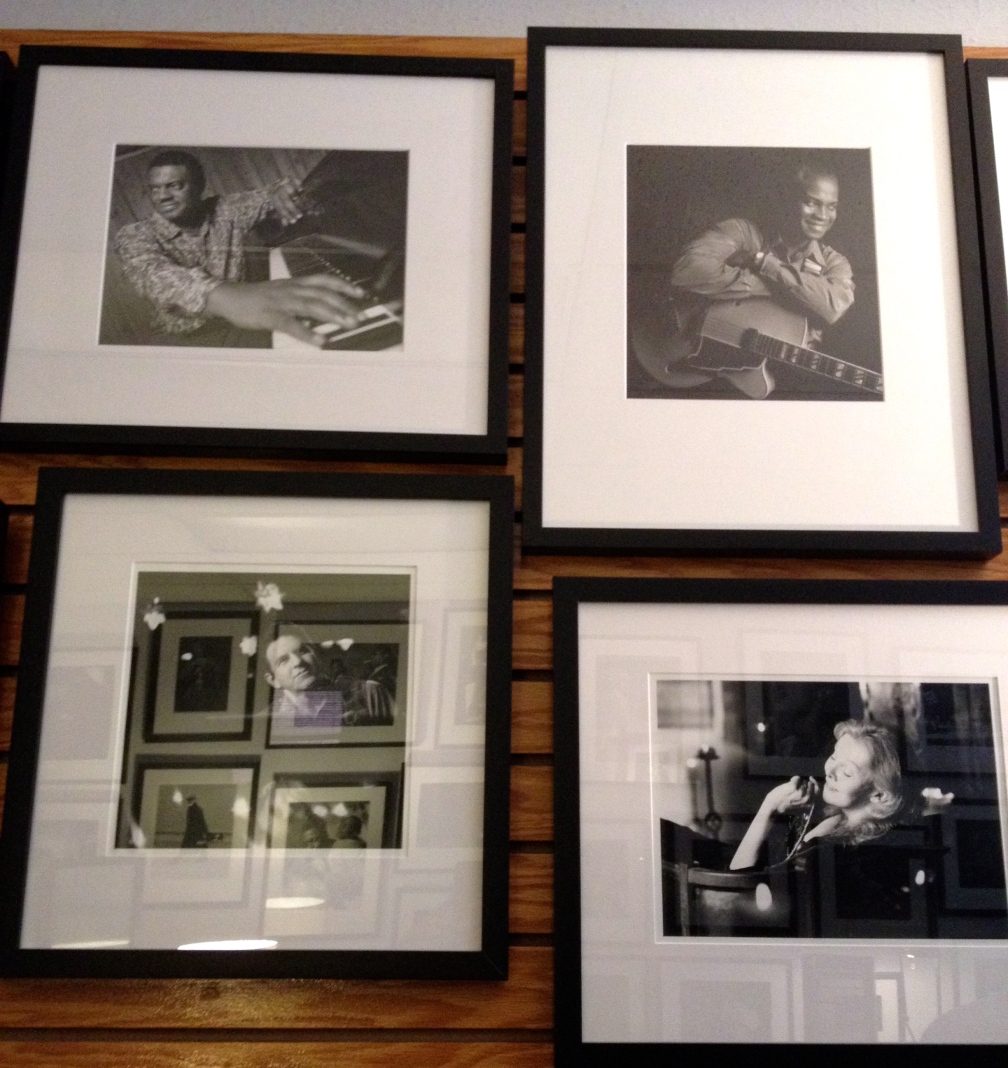 The latest three releases are by Ben Wolfe, Ben Paterson, and Emanuele Cisi. I got to walk with fresh copies, a nice perk. 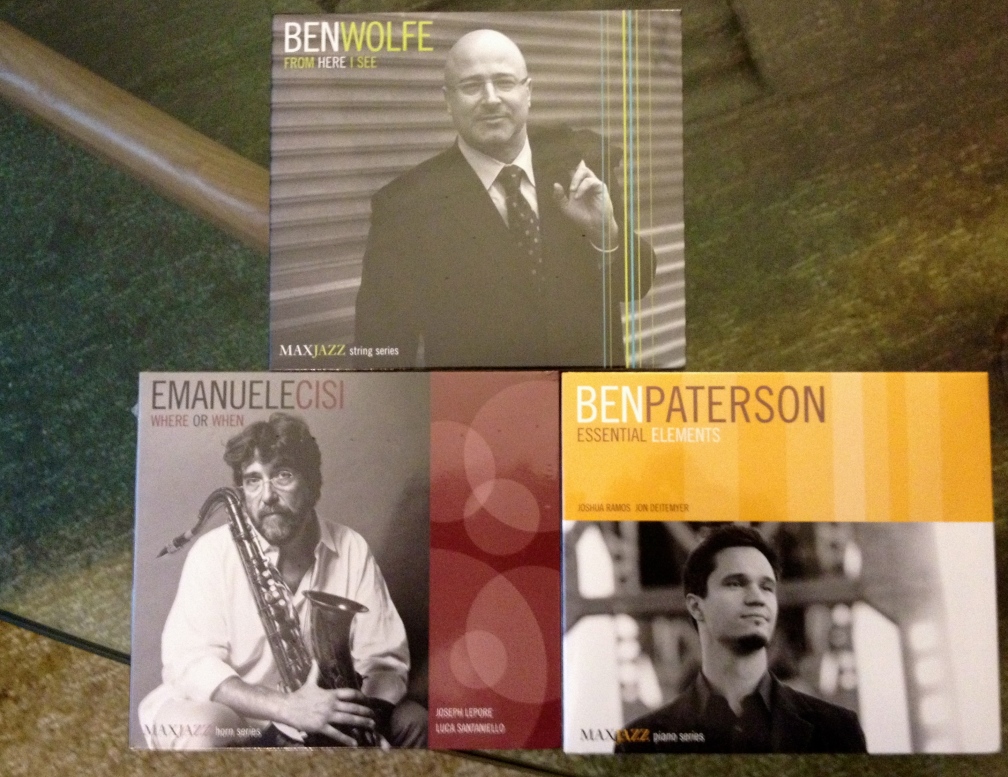