Teddy Wilson turned 100 yesterday.  I’m a big fan, he was a perfect pianist. The recordings with Billie Holiday alone would class him as one of the greatest.

Some of the more helpful things I sight-read when younger were chorus-long transcriptions of Teddy playing tunes. I wonder if I still have those Alfred anthologies? Bob Zurke, Eddie Heywood, Art Tatum, Earl Hines, Teddy Wilson, Mary Lou Williams and others tracked relaxed improvisations for a Frank Paparelli-type to notate. (Not all of them are in this collection, there should be a systematic reissue.)

During the last five weeks in Europe, many jazz piano students came up to me after the gig  and asked advice. To one and all I officially say: play some ragtime, play some stride. Read copious amounts of Joplin, James P., Teddy, and whoever else you can find. You won’t regret it. It’s an advanced and swinging interpretation of Bach’s major-minor tonal system. Down with “jazz harmony” out of a theory book, long live “harmony.” None of those cats knew what a chord scale was…

Speaking of harmony, a good friend in Amsterdam has the most astonishing record collection. I’d never seen Cecil Taylor’s The Early Unit 1962 before.

According to the Research Group, Kurt Lindgren only played with the famous trio only for two days. His rather square personality hooks up something really bizarre on “Flamingo,” which is now one of my favorite Cecil tracks. It’s incredibly swinging and more overtly Ellingtonian than usual from CT. (Indeed, Ellington’s arrangement of “Flamingo” may be the reference.) Jimmy Lyons is magnificent. I must find this bootleg. 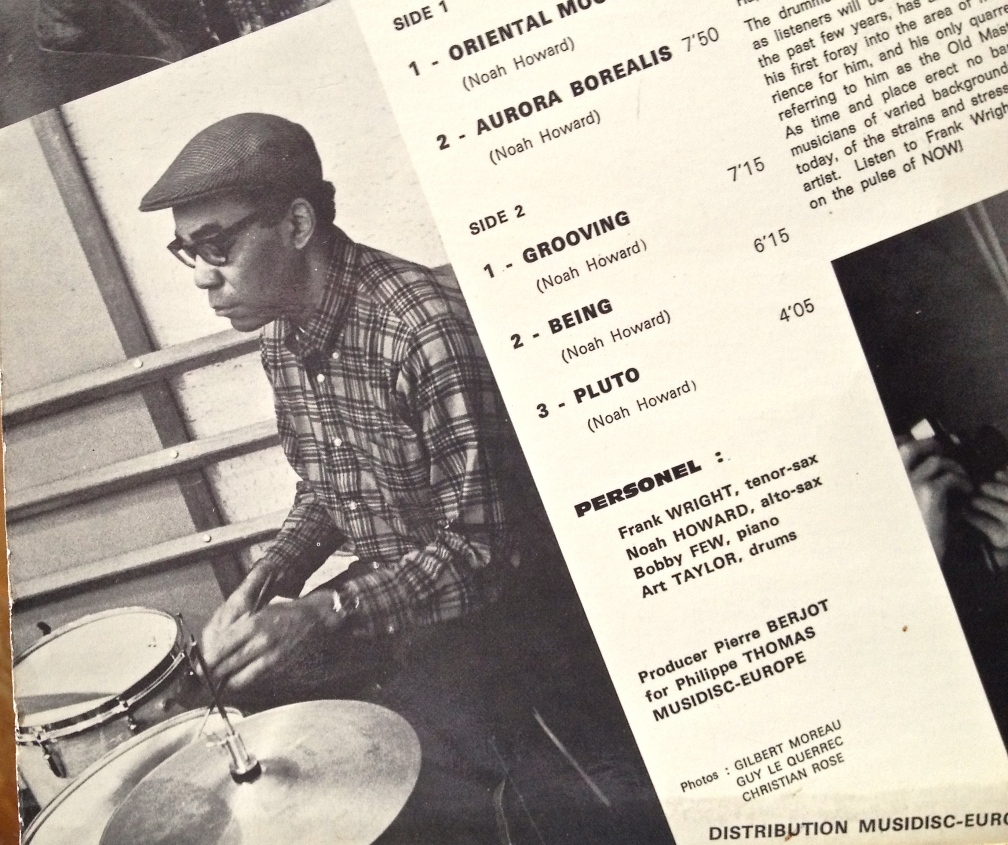 A.T. plays the New Black Music! He sounds amazing. Now I have to get all those circa 1970 Paris free jazz records too. While I’m pretty sure the drumming community generally sleeps on this transgressive moment, some people already know. When I told Billy Hart that Art Taylor was a great free player he said, “Of course.”

Jabali and Jeff Ballard had a nice moment together at Duc Du Lombards last week.