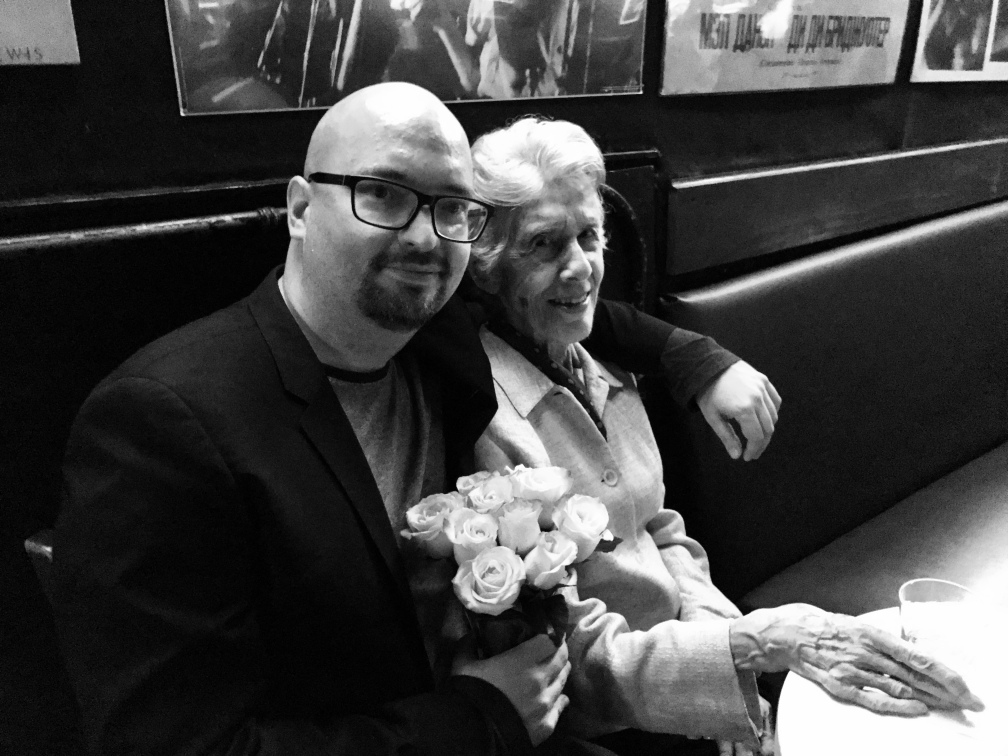 You aren’t a real jazz fan unless you own albums recorded at the Village Vanguard. The three seminal Vanguard records made by Sonny Rollins, Bill Evans, and John Coltrane from 1957-1962 is a worthy “starter pack” for those curious about the music.

To this day, the club presents significant jazz every night on Seventh Avenue South in Greenwich Village. Under a red awning at street level, a treacherous set of stairs takes you down into a basement with a small bandstand in the front and a bar in the back. Some people call it a joint; others call it a temple.

It’s the essential spot to make a pilgrimage. The first night I landed in New York City, fall of 1991, straight from the cornfields from Wisconsin, I put my bag down at my dorm and headed right over to hear Joe Lovano with Tom Harrell, John Abercrombie, Rufus Reid, and Ed Blackwell. Within a few years, I caught many other amazing sets by the likes of Arthur Blythe and Geri Allen. I watched Brad Mehldau with Larry Grenadier and Jorge Rossy take the city by storm and the last time Steve Lacy and Mal Waldron played together in America.

Something about the room’s venerable acoustic is perfect for drums. A banquette is to the right of the bandstand, and when a great drummer is playing fellow percussionists cluster up on that banquette to get a lesson. You could stare at Billy Hart’s right foot on his bass drum pedal and get a little better understanding of how he created that magnificent sound. One night Rodney Green offered the perfect quiet dynamic with Eric Reed; on another occasion Jeff Watts almost tore the roof off with Branford Marsalis. While Billy Higgins swung a ride cymbal so hard that everyone in the room breathed like one organism, Paul Motian deconstructed tempo to bizarrely perfect lurches and thumps.

They still call New York the Big Apple, but it’s less crunchy and tart than it used to be. Going to the Vanguard in the 1990s was always a bit intimidating. The owner, Lorraine Gordon, ruled the roost with an iron fist. If she didn’t like the way a patron was behaving, she would rise up out of her seat and yell at them, threatening ejection or even worse.

The cash register was astonishingly loud and the bartender was an old-timer called Mickey who was partially deaf. During a quiet moment in the music, like a bass solo or a ballad, there was a veritable accompanying symphony of Lorraine grumping, the cash register chiming, and Mickey demanding, “What do you want to drink? What!? Speak up!”

the old Vanguard cash register rests after its final performance

Lorraine’s husband Max Gordon, the founder of the Village Vanguard, liked to say, “There are eight million stories in the naked city, and I just need sixty of them in my club tonight.” You need sixty, but maybe you don’t want many more, either. Lorraine seemed to actively dislike it when the basement was too busy. Chris Potter told me that the first time he played at the Vanguard as a leader, he watched in horror as Lorraine picked up a ringing phone, barked, “Yes? Sunday night? How many people? Oh no, that’s too many,” and hung up.

For about 20 years, you could be anybody anywhere in the world, call the Vanguard between two and five in the afternoon, and have a genuinely famous person yell at you over the phone. At night she acted as if asking the way to the Vanguard bathroom was the most irritating question that had existed in all human history. Lorraine’s irascibility was legendary, and for some it might even have been part of the draw. She once wouldn’t let Henry Kissinger enter mid-set. Kissinger said, “Perhaps you don’t recognize me.” Lorraine said, “Oh no, Henry, it’s just the opposite, I know exactly who you are,” and shut the door in his face.

It never really occurred to me that I would get to play at the Vanguard myself, but in late 2001 Mark Turner gave me the opportunity to sit in with his quartet. Eventually, when people asked Lorraine about the avant-garde trio I cofounded, whose success she was an integral part of, she said, “The Bad Plus? It’s a report card.”

Being “in” at the Vanguard felt like being “in” at the coolest spot in the whole world. Once in a while, when other bands were in residence, I would sit next to Lorraine at the corner table. We’d chastely hold hands, down martinis, and talk about the old giants of jazz she knew in the past. Lorraine was crucial to Thelonious Monk’s career: She was married first to Alfred Lion, the head of Blue Note records, and then to Max Gordon, the owner of the Vanguard. Both husbands were under her orders to help Monk, whom she declared was a genius long before that assertion was common wisdom.

Part of her love for Monk was simply because Monk’s obvious ragtime and blues influences kept him closer to early jazz than any other bebopper. She named Monk “The High Priest” not long after she told Charlie Parker, “Your tone is too sour: You should listen to Johnny Hodges.” She would get choked up talking about sitting next to Art Tatum on the piano bench. One night composer/scholar Gunther Schuller came in to the Vanguard, and I eavesdropped on the two of the them discussing trumpeter Jabbo Smith for half an hour. Smith was an early rival of Louis Armstrong and a comparatively obscure figure today, but a chapter in Lorraine’s memoir Alive at the Village Vanguard is devoted to Smith and a time in the 1980’s when she helped him have a bit of a second career.

When I helped Spike Wilner raise money to get James P. Johnson a tombstone, I stopped in at the Vanguard to practice James P.’s legendary test piece “Carolina Shout” in the afternoon before “The Last Rent Party” event a few blocks south at Smalls. Lorraine told me she loved James P. Johnson, that she had known him personally when she helped Alfred Lion record him for Blue Note, and that he was just the sweetest man. She then came to “The Last Rent Party” and made a substantial donation toward the overdue grave marker in Queens.

At the 80th Vanguard birthday celebration curated by Jason Moran, I played the 1939 Mary Lou Williams boogie-woogie “Little Joe From Chicago” and Lorraine was beside herself with joy. I was so pleased, because the Mary Lou was secretly really for Lorraine anyhow. I played a few things with Lorraine in mind over the years. Paul Motian told me, “Play one song Lorraine likes, and you will have a good week with her.” Once Motian and I did “I Should Care” for Lorraine, another time we dusted off “Buddy, Can You Spare a Dime?” Paul Motian seemed like the most independent artist in the world but he would make sure Lorraine was happy. When she complained about one of his projects, he changed personnel mid-week. Often he would take her out to dinner on Sundays.

Motian would not have paid so much attention to her opinion if he didn’t think it was valuable. In time, I also concluded that her judgments were dead on. Indeed, I cannot think of a single thing she ever said about aesthetics that I thought was really wrong. Maybe she loved early jazz best, but she could sit in her temple, listen to her musicians onstage, and know whether a hard bop or an avant-garde group was in the right pocket or not.

She was only critical of the Bad Plus once. We had been playing the Vanguard for New Year’s Eve a few years in succession, and on one occasion we showed up with a kind of trial “gentle” attitude. I was actually feeling pretty good about this direction, but Lorraine was furious. “You’d better start banging around like you used to!” she threatened.

I brought Lorraine a dozen roses for her 95th birthday last October. I held her hand at her table this past New Year’s Eve, which was the very last night I played with the Bad Plus. After I heard the news on Saturday morning, I sat down on my home piano and played the best chorus of “Sweet Lorraine” I’ll manage in this lifetime.

When she died she took a big piece of old New York with her. You took one look at Lorraine Gordon and you knew you were in the big town, where things got done by hook or by crook and flamboyant style was part of the armor you needed to make it happen. There will never be another.

(The Village Vanguard continues to prosper, and the temple’s schedule is booked for 2019 and well into the foreseeable future.)